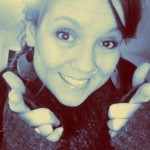 We set our clocks early enough to catch that magical moment when the tide is low enough to WALK out to the template on Hòn Bà island.

Vũng Tàu, so full of amazing things to discover!

We were wandering around an old abandoned hotel at Valley Beach and noticed a colorful temple off in the distance, floating in the ocean… “What IS that and how do people GET there?” We joked about how awesome it would be to live there and after a bit of research, we discovered that Hòn Bà is an island that can only be visited during the lowest of low-tide. I checked the tide charts and the lowest time of the month is just before the new moon. Super early in the morning (we work at night, so are NOT morning people) and again in the wee hours of the pitch black night (no WAY I’m walking out into the ocean in the dark!) The full moon had just passed, but fortunately, we’re here for a full lunar cycle – 2 more weeks!!

We’d pass that little island every other day on our scooter rides and sure enough, it would be floating out in the ocean, seemingly unreachable. The tide wasn’t noticeably getting lower, but I trusted the tide chart and trusted my alarm clock would do its job.

We heard the path was rocky and slippery, so we threw on our sneakers and headed out. We rode to the nearest beach access parking spot, walked out to the beach and immediately – our jaws dropped! It wasn’t just a “path” – it was a super wide landscape (nearly as wide as a 4 lane highway) covered it rocks and shells and people with bags and buckets collecting – who knows what – shells, clams, fish, treasures. People were trekking to and from the temple island. It was like nothing I’d ever seen before!

Britt decided to stay on shore and drone for a bit, filming the entire scene from a bird’s eye view. Me? I started walking out… with a massive smile on my face! The path was pretty rocky, so it was a slow journey. A lady showed me to step ON the barnacles so I don’t slip.

After a 15 minute journey, I was on the island!

I walked around, went inside the temple, lit incense and bowed to the shrine, thanking the Universe for this amazing experience. Several monks were preparing dishes and fruit baskets as offerings to the many shrines scattered around the island.

About half an hour later, I see Britt walking up the path. He made it!  After checking it all out, he again set up his drone and caught some amazing footage of the island, the path, the ocean, the city…

It was a most memorable day.
Definitely worth waking up early!

The Mural Village of Tam Thanh

Britt and Daisey have been living out of a suitcase for the last 16 years, making music, taking photos, designing software, and eating adventurously.